Cast your minds back to last April when there was all that fuss about Windows XP Microsoft support coming to an end. its Microsoft support? A lot of people shrugged their shoulders and went on using their XP as normal. 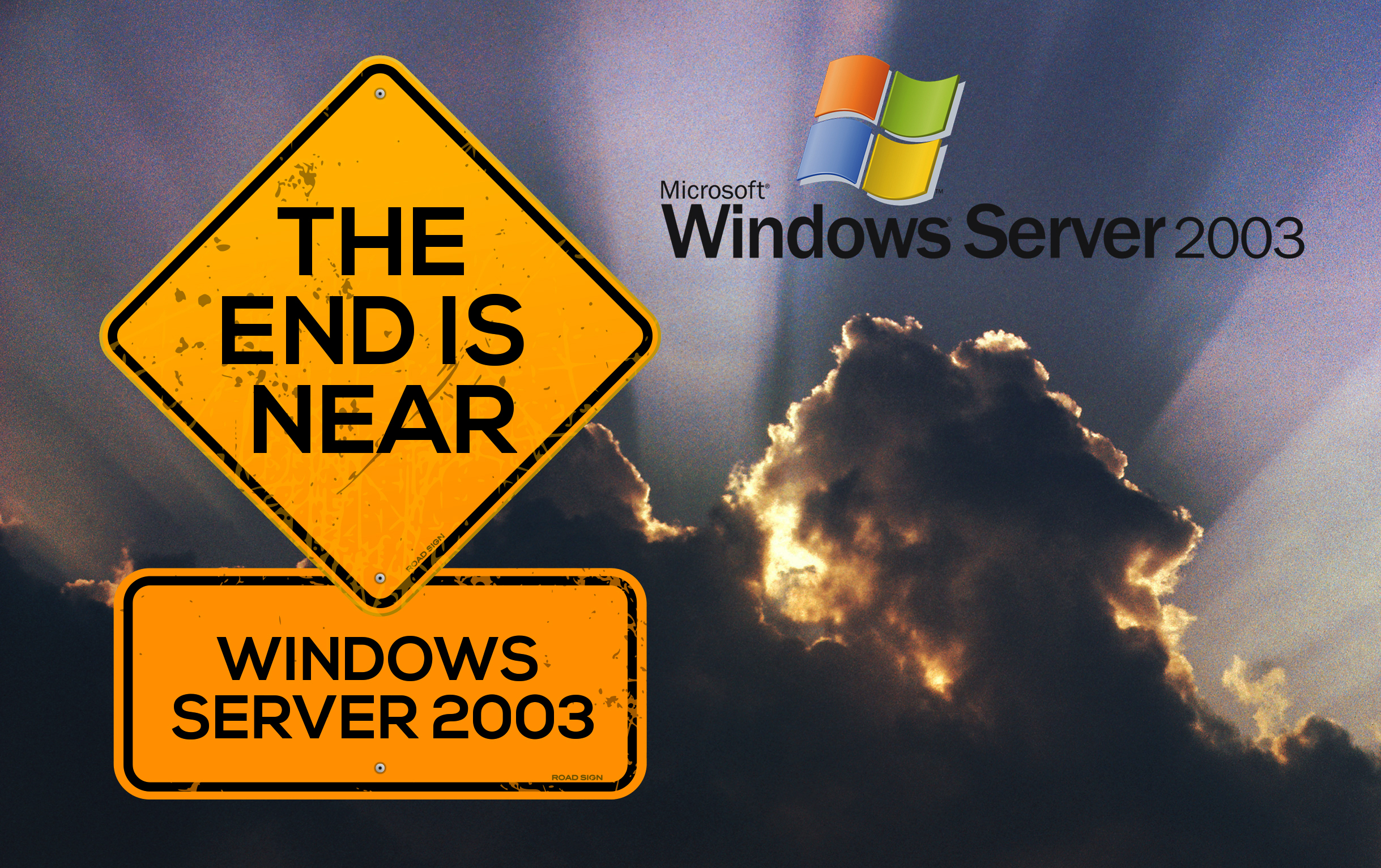 Well since then, 7 of 8 infections of Crypto-locker virus our clients have experienced, occurred on Windows XP machines. These were computers with up-to-date operating systems and Antivirus software installed so many of these clients thought they were safe despite not having replaced their Win XP machines. Well they were wrong. Ongoing support is vital if machines are to stay secure.

And the “End of Life” as it’s called, is coming up for Windows Server 2003, on July 14, 2015. So as your local Microsoft Partner, we are reaching out to businesses that use this vital software to let you know that you could be at risk if you don't take certain measures.

Windows Server 2003 replacements should be implemented prior to July 14, 2015 to avoid exposure to risk and potentially serious consequences. Support for Exchange Server 2003 ended April 8, 2014 along with Win XP. So if you're still running this software you're already at risk.

What does this mean?

Any business with this operating system still running is at serious risk of attacks from hackers and viruses aimed at taking control of your network, stealing data, crashing your system, encrypting your data and then demanding money to un-encrypt it - not to mention a host of other business-crippling problems.

The US Department of Homeland Security considers this issue such a serious threat, that they have issued an official warning on the subject. As our experience shows that firewalls and antivirus software will simply NOT be sufficient to completely protect your business from malicious attacks or data extraction.

Organizations that store sensitive data such as patient information are obligated to use supported operating systems according to HIPAA, and can be fined heavily if a breach occurs and they’re found to be non-compliant.

Steve Brennan of Microsoft claims the average migration takes around 200 days, so time is running out if your business is go be converted by July.

So what do you do?

At no cost, Micro Doctor will visit your office and conduct a full analysis of your network to help you determine what specific servers will be affected by this issue. Additionally, we will provide a detailed analysis of all upgrade options available to you, along with the pros and cons of each option. While there, we will also assess other security, backup and efficiency factors that could be costing you in productivity and hard dollars. We will then put together a customized Server 2003 Migration Plan specifically for your business. Take our survey here to see what you need to do to get started. www.microdoctor.com/server2003survey/.